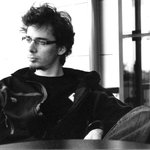 Honza is a Python programmer and Django core developer – since he is scared of the bright and shiny world of browsers, designers, and users he prefers to stay buried deep in the infrastructure code and just provides others with tools to do the actual site-building.

Since 2008 Honza has been building content web sites for fun and profit. During this time he discovered Elasticsearch which lead to him joining the company behind it in 2013 to work on the Python drivers.